The keys can now be removed, as they are not longer required. Now take a closer look at the hidden slider. The symbols on the slider appear on the cryptographic gearwheels. 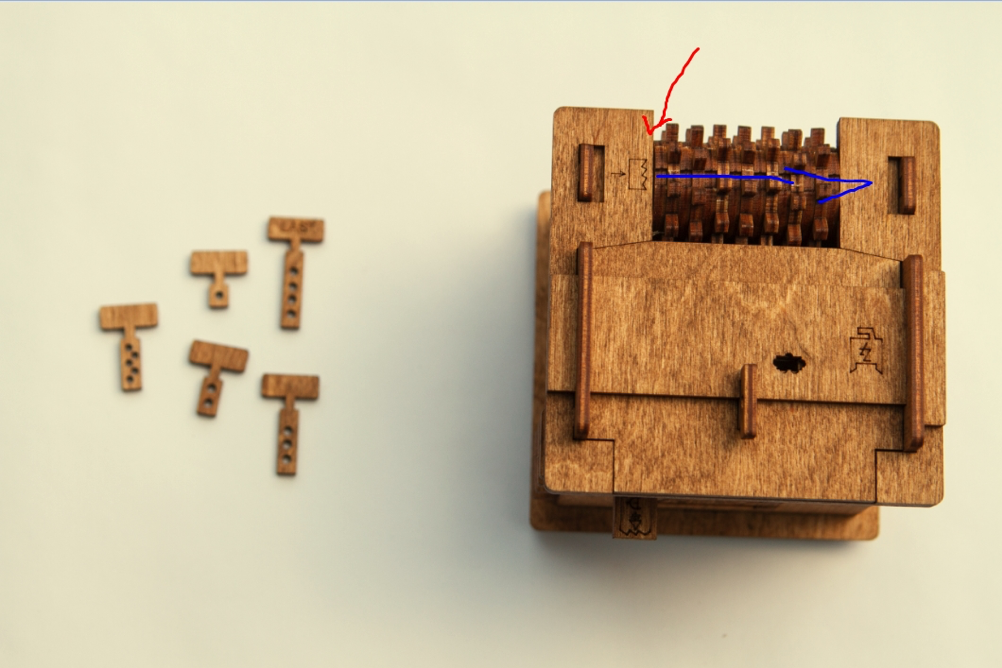 The (red) arrow points to the first gearwheel. Besides the arrow (on the box) you see the same symbol (like a torn-off sheet of paper), which corresponds to the symbol on the slider.

This suggests, that those 2 symbols on the slider must be adjusted on the gearwheels. The last symbol on the slider corresponds to the one on the lower surface on the box. Now you know the third symbol.

Now you look for the puzzle piece, where the edge corresponds to the other side of the symbol (you find it on the upper surface). Follow this principle until all gearwheels are turned into the correct positions.

Now you can take out the sideward lock. 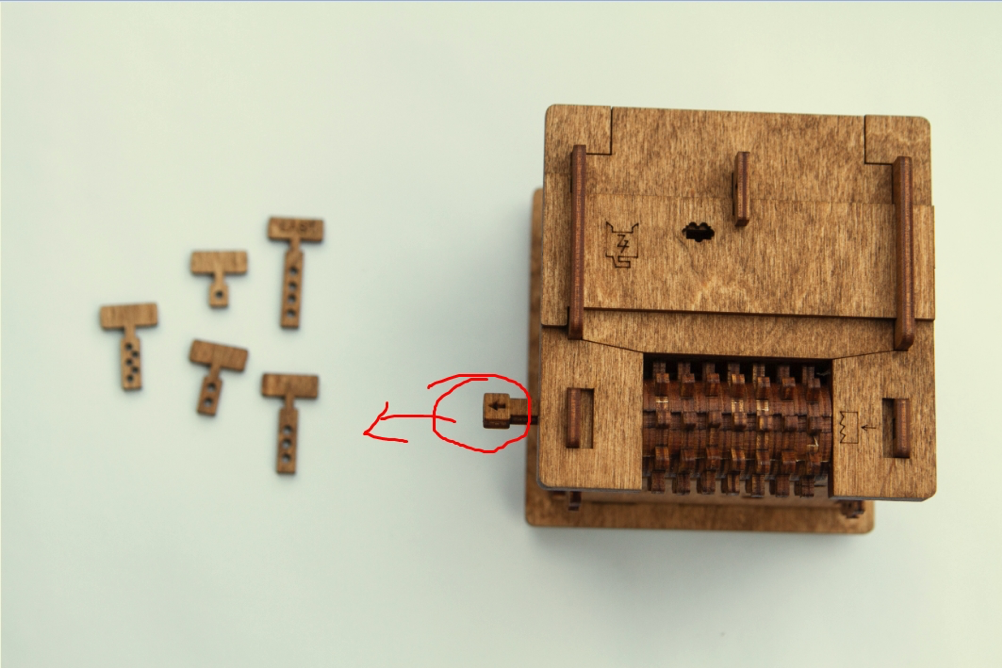 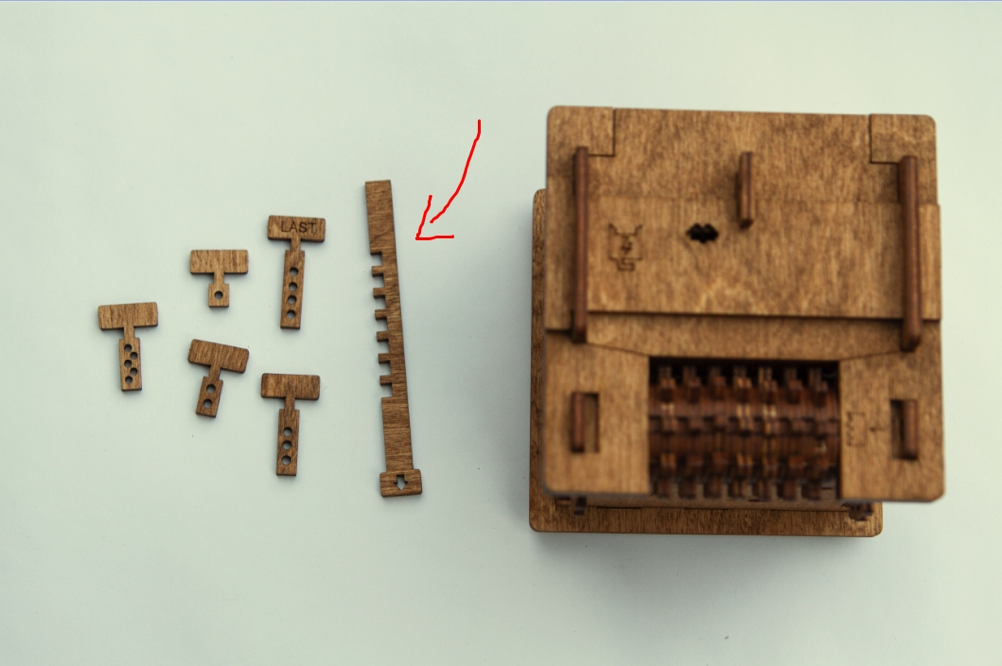 There will be information soon…